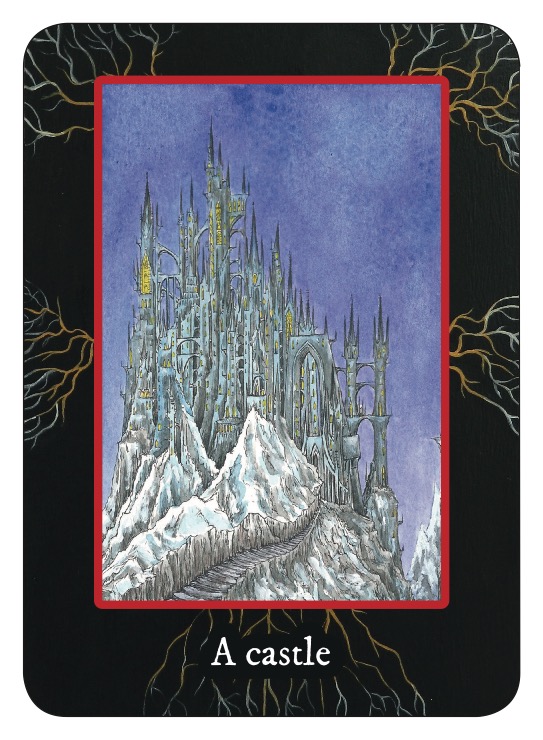 Dan Holloway runs Rogue Interrobang (https://rogueinterrobang.com/) a company that helps people and companies solve wicked problems using creativity, and won the 2017 Oxford University Humanities Innovation Challenge for Mycelium a creative thinking card game based on the memory systems of medieval monks and the brain scans of battle rappers. He is also the 2016 & 2017 Creative Thinking World Champion and the 2017 and 2018 European Speed Reading Champion. 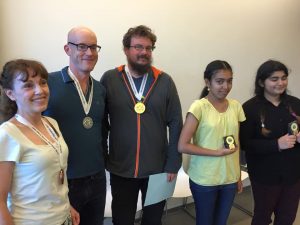 Dan Holloway (center) after winning the Creative Thinking WC in 2016

I have always loved playing with ideas although I had never particularly thought of myself as being creative until, 21 years ago, I turned up rather timidly to the Royal Festival Hall and took part in the first Mind Sports Olympiad, taking a bronze in Creative Thinking. More importantly, the event’s evil genius of a host, Bill Hartston (as a chess player in a former life, Bill was one of my childhood heroes), paid me the ultimate compliment: “you have a very sick mind.” I still come to the MSO, and have had the pleasure of winning Creative Thinking in 2016 and 2017.

People talk a lot about why creativity matters (just try searching TED talks and see how many hits you get). Reasons tend to range from saving our jobs when the robots come for us to the simple, satisfying sense of enrichment it gives us to produce something that, even in the smallest way, is somehow new. 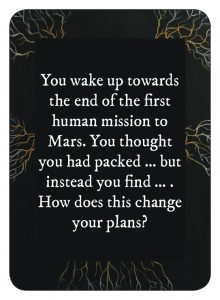 But for me, there’s an even more important reason why creativity matters. In many ways we are, as a species, walking off a cliff (largely of our own making) with no way of changing our path. Whether it’s climate change, food security, how to handle artificial intelligence, the impact of transhumanism, or a host of other things we are facing wicked problems that we don’t know how to solve. 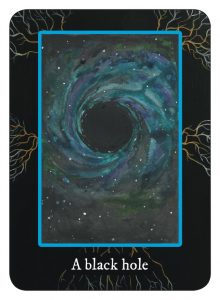 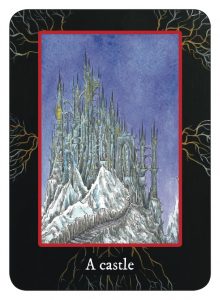 The only thing we can be sure of is that in each case carrying on as we have been will lead us further into rather than away from trouble. We need new approaches, new frameworks, new perspectives, and we need as many of them as we can get our hands on. And the one way to do that is a revolution in creativity. We need people with more creative skills, and we need greater openness to the value of creativity.

One of the things we have consistently got wrong as a society is the way we view human knowledge. Ever since the 1500s, ironically coinciding with the explosion of print, which has made storing information outside of our heads easier (but for reasons that are fascinating and have to do with memorists being accused of trying to summon demons), we have tended to think of knowledge as the sum of what we know.

A creative approach, however, where we value the ability to make connections, to create new possibilities from existing materials, whether they be ideas or things, sees knowledge as the product of what we know. If you stop and think about the sheer mathematical difference between the two approaches, you will get an idea of how much greater the potential this way of thinking is – every time you learn something new you are not adding a tiny drop to a sea, you are multiplying an already vast ocean by orders of magnitude!

Yet we persist in valuing memorizing things (vitally important, as it provides many of the raw materials for creativity) above how we use the things we have memorized. Despite the countless connections waiting to be made between the things we know, we remain really bad at making them.

One reason for this is that we lack some basic techniques. I think a lot of that can be traced back to somehow seeing creativity as something “magical”. A lot of it also comes down to some rather lazy ways of thinking about things that I can illustrate by posing a fairly standard creative thinking puzzle:

“What do you get if you cross a dog with a skyscraper?”

If you’re like most people, you will struggle to come up with many imaginative answers to this for a simple reason. The words “dog” and “skyscraper” trigger very specific images in your mind. Maybe you think of your first pet, Spot, and of the Empire State Building. Your way of thinking has turned the question into “What do you get if you cross Spot with the Empire State Building?” And there aren’t very many, or very varied, answers you can give to that.

But suppose instead that you train yourself to think about things not by linking them to a specific example of that thing, but by breaking them down into their constituents – whether that means physical components (teeth, paws, vertebrae), cultural associations (“man’s best friend”, “Pavlov’s dogs”), behavioural ones (tail wagging, stick fetching).

Think of each of these components as hooks, like dendrites of a neuron reaching out from the object, looking for something to connect to. If you do this, you will find that suddenly you start to find that even really dissimilar things like dogs and skyscrapers have things in common (dogs are vertebrates, skyscrapers have a core and dampers to keep them upright; dogs have paws, skyscrapers have a “footprint”; both have living organisms in their innards).

The hooks from each thing have joined up, and once one hook has joined up, you find other hooks joining up, and a whole host of more interesting and varied connections forms really rather easily – maybe you get a giant beast that consumes the unsuspecting citizens of a city; or a skyscraper with paws planted in the ground, where the individual pads could act as private parking bays, or a tower that will not just resist the wind but have floors that can twist with the flexibility of a spine, with a lift shaft that operates like a spinal cord.