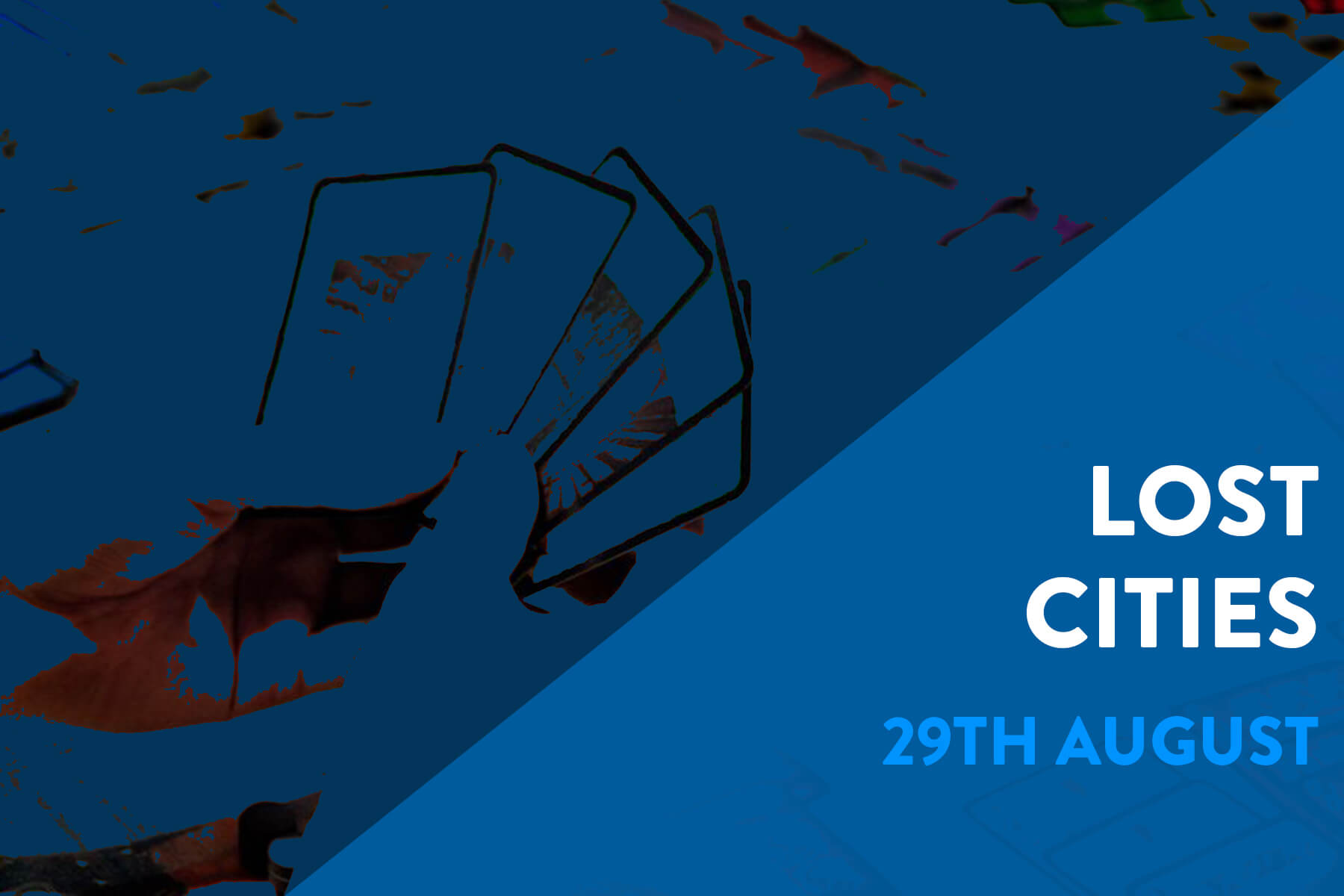 The object of the game is to gain points by mounting profitable archaeological expeditions to the different sites represented by the colored suits of cards. On a player’s turn, they must first play one card, either to an expedition or by discarding it to the color-appropriate discard pile, then draw one card, either from the deck or from the top of a discard pile. Cards played to expeditions must be in ascending order, but they need not be consecutive. Handshakes are considered lower than a 2 and represent investments in an expedition. Thus, if you play a red 4, you may play any other red card higher than a 4 on a future turn but may no longer play a handshake, the 2, or the 3.

The game continues in this fashion with players alternating turns until the final card is taken from the deck. The rest of the cards in hand are then discarded and players score their expeditions. Each expedition that has at least one card played into it must be scored. Cards played into an expedition are worth their rank in points, and handshakes count as a multiplier against your final total; one handshake doubles an expedition’s value, while two handshakes triples that value and three handshakes quadruple it. Expeditions start at a value of -20, so you must play at least 20 points of cards into an expedition in order to make a profit. If you are left with a negative value and have a handshake, the multiplier still applies. A 20-point bonus is awarded to every expedition with at least eight cards played into it.