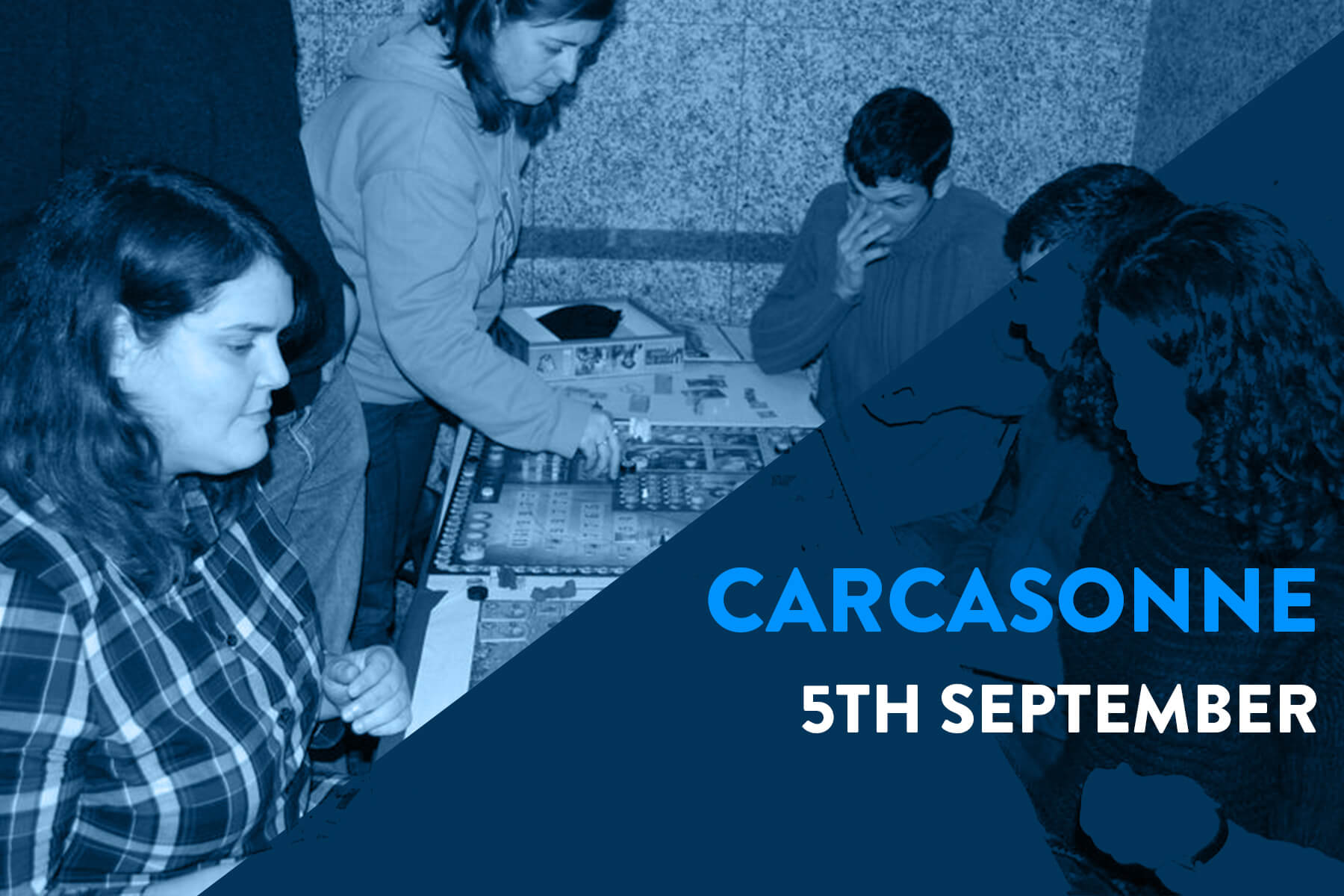 Carcassonne is a tile-placement game in which the players draw and place a tile with a piece of southern French landscape on it. The tile might feature a city, a road, a cloister, grassland or some combination thereof, and it must be placed adjacent to tiles that have already been played, in such a way that cities are connected to cities, roads to roads, etcetera. Having placed a tile, the player can then decide to place one of their meeples on one of the areas on it: on the city as a knight, on the road as a robber, on a cloister as a monk, or on the grass as a farmer. When that area is complete, that meeple scores points for its owner.

During a game of Carcassonne, players are faced with decisions like: “Is it really worth putting my last meeple there?” or “Should I use this tile to expand my city, or should I place it near my opponent instead, giving him a hard time to complete their project and score points?” Since players place only one tile and have the option to place one meeple on it, turns proceed quickly even if it is a game full of options and possibilities.