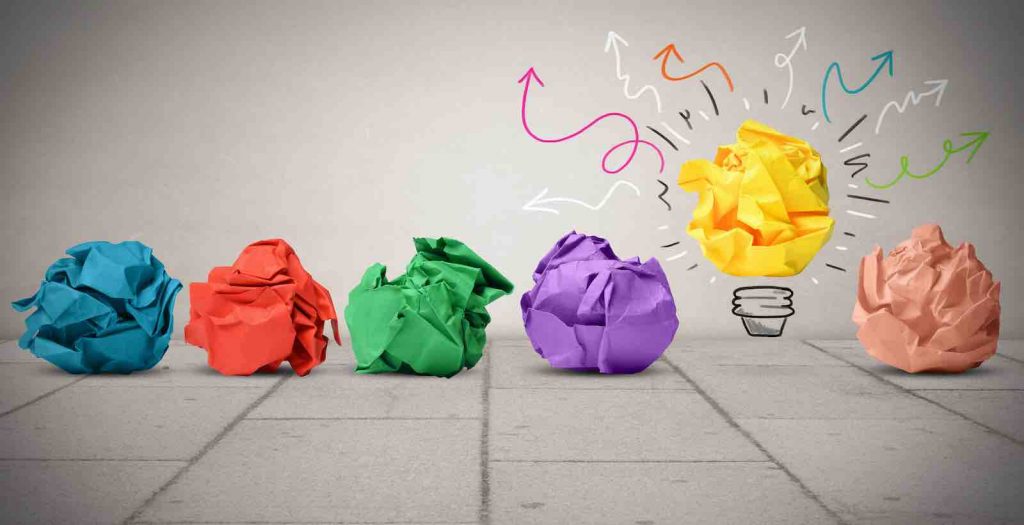 We had one of the strongest Creative Thinking World Championships ever with 50 competitors. Returning champion Gaby Kappus took gold once again. Below are the questions and some of Hartston’s favorite answers.

Huge congratulations to all who participated in the Creative Thinking competition. You responded magnificently to my bizarre questions, entering into the spirit of the event and producing more imaginative and varied ideas that we have ever had in this event. Here are some round-by-round highlights.

Round One: I asked for ideas of things to do with the 26,935 passenger airliners and 1.4 billion cars that have been mostly empty and idle during lockdown. Many of you suggested the natural idea of using them to house the homeless, or to be used as emergency hospitals, but I was looking for something more imaginative. I gave the 25 points for the most creative idea of the round to David Collinson who pointed out that airlines are basically cylinders with wings and could be repurposed to harness wind and solar power by pointing the planes upwards to rotate in the wind or downwards at sea to use the currents. He recommends four wings for each plane for efficiency, leaving many wingless fuselages free for mushroom growing. He additionally recommends replacing car windos with solar panels to make up for their previous environmental impact.

Other ideas that scored highly included stacking the cars with cranes to make a giant Jenga game (Gerard Darby), using car horns and airline engines to create the world’s biggest orchestra, the Royal Phil-car-monic (Eeshan Malhotra), making a big dam from the cars to save Venice (Giuseppe Pierpaolo, Arranging the cars into a massive HELP sign to be visible to aliens (David Larson), painting the cars various colours in a massive pixel artwork, to be looked at from space by people in the airliners and, definitely most bizarre of all, to use the cars and planes in various ways to help cope with the massive increase in human fertility that lockdown will have caused (Gaby Kappus).

Round Two: I asked for better plots that CS Lewis had come up with involving a Lion, a Witch and a Wardrobe, and the contributions were most impressive. The wardrobe was clearly the component that posed the greatest difficulty, but Riccardo Gueci produced a beautifully written drama about an illicit romance between a man name Leo and a bewitching woman. The wardrobe is only mentioned in the final word of the story, as the fatal hiding place of Leo and his lover when his wife comes intent on revenge. We then realise that the whole story is being told by the wardrobe. This tale gained the 25 points for the most imaginative entry, but close behind came one of Jacob Weinstein’s suggestions, involving a vicious lion eating the witch and making a wardrobe out of her bones, Loris Church’s witch, who turns into a moth to eat all the clothes in a vain lion emperor’s wardrobe, and Gaby Kappus’s witch who tests lions for Covid with the magic broom she keeps in a wardrobe, breaking off one tooth from each lion to make herself a set of dentures.

Round Three: I asked for a patent application for an invention to ease lockdown. Rick Goldstein congratulated me on a “good try” but said “I will not be sharing my super-secret incredible invention idea” which was, of course, perfectly understandable but left the way clear for other entrants. Joe Mela inveted “Smellify”, the perfect device for people who wonder what celebrities smell like. He says that Smellograms and a TV show called Who Wants To Be a Smellionaire will surely follow. David Collinson suggested Zoom/Skype Roulette, which grants random access to other people’s video conferences. Sam Fishman offered CoronaGuide, which comnbines defibrillators with electric blankets to simulate symptoms of Covid, either to familiarise oneslef with them or play pranks on friends. “Fun and hilarity for the whole family,” he says. Jacob Weinstein produced several imaginative ideas including a crossbow that fires face masks, at a two metre distance, directly onto the mouths and nose of anti-social people who are not wearing them. The two answers that most impressed me, however, we both inspired by the toilet paper shortage at the start of the pandemic. Gaby Kappus had an idea for an excrement-toilet paper equalising device in supermarkets, with people poo-ing on the moving shelf at check-out, which is then weighed and an appropriate amount of toilet paper issued. However, Gerard Darby gained the 25-points for his more hygienic plan involving precise calculation of how much toilet paper a family needs,  SatNavs keeping track of which shops have supplies, local counsellors phoning people to tell them urgently when their supplies are running out, calming messages printed on toilet paper sheets and, perhaps most useful of all, a translator of government advice. “For example,” he says, “when the Government says ‘it is really not really advisable in the current circumstances, so we would not expect to see people….etc.’ This would translate to: “DON’T….”

Round Four: finally I asked for nothing less that a re-design of the world. Almost all entrants clearly thought that the world was OK as it is, except for the people in it, who are the real cause of all problems.  CL Gammon did, however, suggest that placing all mountains centrally would make driving easier. The question of gender entere several answers with Stephan Melcer wanting to introduce a third neutral gender, Riccardo Gueci stuck to two sexes, but suggested that it would be better if both could have children and anyone can procreate with anyone else, but Kenneth Wilshire thought it best to limit the number of genders to ten “so we can learn all the acronyms and have enough space for all the toilet facilities.”

Several entrants produced designs to give a greater chance of peace and goodwill, while other designs concentrated on getting rid of things such as human foolishness (Ralf Laue), wonky teeth (Haris Syed), mosquitoes (several contestants), slugs, wasps and mushrooms (Lorie Church), odd socks (Joe Mela), toothache (Anila Syed), cheating at sports (Ali Safa), hatred and fear (Robert Kreisl).  Others proposed additions that would bring greater benefit: free wifi (several contestants), popcorn kernels upgraded to reduce non-popping numbers (Kaya Chua), penguins at both North and South poles (Sam, Fishman), a benevolent dictator with a sense of humour (Joe Mela), a new world languafge, neutral and respectful (Julia Schirnick), more moons, with beneficial functions (Lorie Church), sabre-toothed vultures (Alexander Hardwick). Several entrants recommended photosynthesis for humans, but only Jia Syed added a soul-swapping feature making it “a toss-up every day who you wake up as”. Jia also astutely recotgnised that the problems with the current world stem from its not having been made by an all-powerful, all-seeing Creator but by a less talented apprentice God.

As she had almost done in the preceding rounds, Gaby Kappus produced the most wildly creative suggestings, blaming everything that is wrong at present on the size of Prince Charles’s ears, the undermining of royal corgis and Germans who try to pronounce ‘th’.

A big thank you to Bill for running this great event! I’d also like to share some of my (Etan Ilfeld’s) favorite response:

A facemask with a microphone on the inner side and a speaker on the outside. In between is a circuit with a simple time delay. After you say anything, you have ten seconds to reconsider it before the rest of the world hears it. (I may wear this in post-lockdown life, too.)
Jacob Weinstein
Give human brain the capability to speed up or down subjective time felt. Toilet queue is never going to be a problem ever again (warning: humans will have to come up with alternative punishments to prison)
Merola giuseppe Pierpaolo

« Imagine there’s a virus,
It’s easy if you try,
Nothing to protect us,
Nor planes in the sky,
Imagine all these people,
Falling dead, today …

Imagine there’s no eldery,
It won’t be hard to do,
This virus is looking for,
Elders and cars too,
Imagine all these people,
Falling in battle, in peace …

You may say I’m a writer,
But I’m not the only one,
This virus hacks our DNA thus,
In the world hits everyone.

Imagine each air passenger,
I wonder if you can,
Being killed by the covid,
20 million of men,
Imagine half of these cars
As elders leaving this world …

You may say I’m a writer,
But I’m not the only one,
This virus hacks our DNA thus,
In the world hits everyone.”