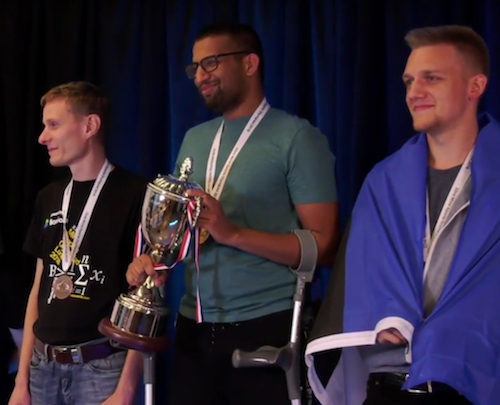 Jordi Alexander (aka Legendario) is representing Cyprus and currently lives in Singapore. He won the CATAN: Cities and Knights tournament, which started at 10pm his time. He played through the night–winning at 9am the next morning. You can watch his exciting CATAN final table win with commentary by CATAN Studio CEO Pete Fenlon here:

Jordi also medaled in Battle Sheep and scored highly in Poker, Carcassonne, and Chess. Check out Jordi’s interview with Chris Fung on gameplay and strategy:

4-time Pentamind World Champion Andres Kuusk (Estonia) took gold in Quoridor and silver in Battle Sheep. Andres (aka Vashod) also scored highly in Bridge, Poker, and Entropy. Here’s a key game that he won in Quoridor against on of the best players in the world: