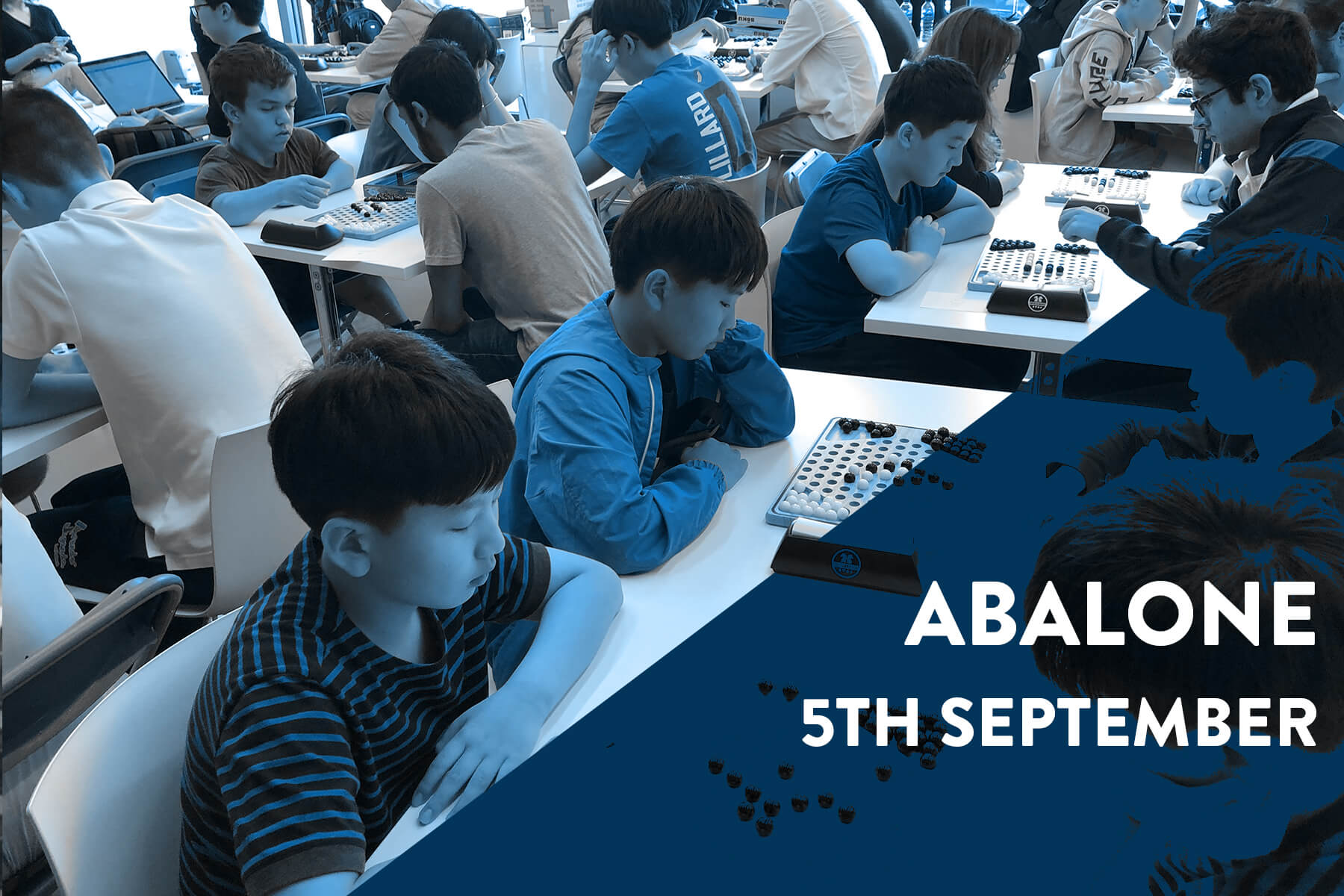 The popular two-player strategy game Abalone was invented by two Frenchmen, M. Lalet and L. Levi in 1988. The game is played on a hexagonal board composed of 61 cells in a regular pattern. Each player (White/Black) has 14 marbles in their own colour. You move (push) your own men, either singly or as a line, in any direction. The object is to push six of your opponent’s balls off the board.

A player can push their opponent′s marbles which are in an adjacent space to their own with an in-line move only. They can only push if the pushing line has more marbles than the pushed line (three can push two or one; two can push one). Marbles must be pushed into an open space (i.e. not blocked by a marble of either colour) or off the board. The winner is the first player to push six of the opponent’s marbles off of the edge of the board.