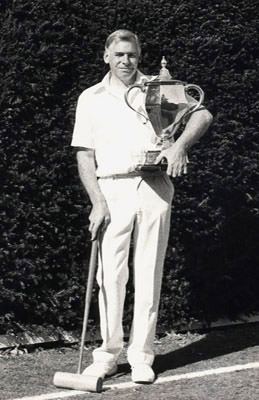 Eric Solomon passed away recently. Solomon designed Entropy, which has been a signature event at the Mind Sports Olympiad. As the name suggests, one player is Order, the other Chaos. Order is trying to make patterns vertically and horizontally. Chaos is trying to prevent this. Entropy was awarded a rare 6 out of 6 by Games and Puzzles Magazine  in 1981. Solomon also designed Black Box (his favorite game), Billabong and Conspiracy. He was also an avid sports competitor and competed in Cricket, Weightlifting, Kendo and Croquet–which he played internationally for England and won the President’s Cup in 1979.