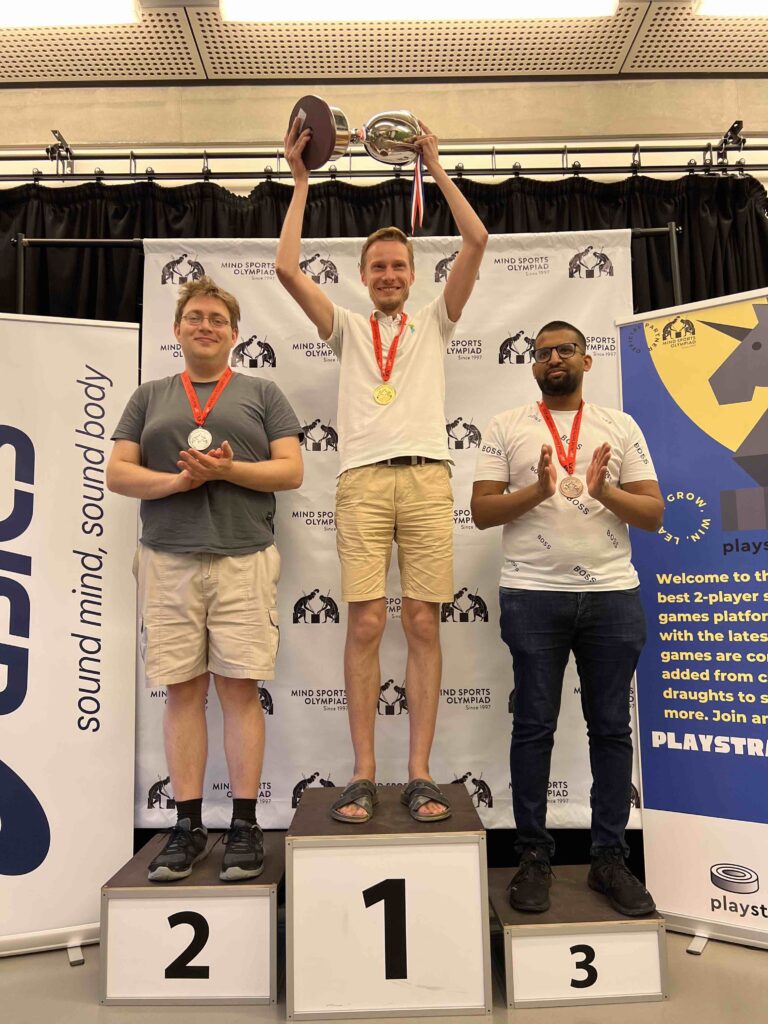 It’s been an extremely exciting week with Maciej leading the Pentamind after the first day, followed by Ankush taking the lead in the middle of the week, and then Andres regaining the top spot going into the weekend. On the final day, Maciej took silver in Perudo which catapulted him past Ankush from 3rd to 2nd place (and would have put him in the top spot if he had won Perudo). Meanwhile, Ankush could have regained the top spot if he had taken gold in his final Agricola tournament but it wasn’t in the cards this time. Final standings: Andres Kuusk with gold at 489 points, Maciej Brzeski with silver at 487 points, and Ankush Khandelwal with Bronze at 486 points.

Andres is now tied with Demis Hassabis for a record five Pentaminds with Ankush only one behind. Congrats to Andres Kuusk!