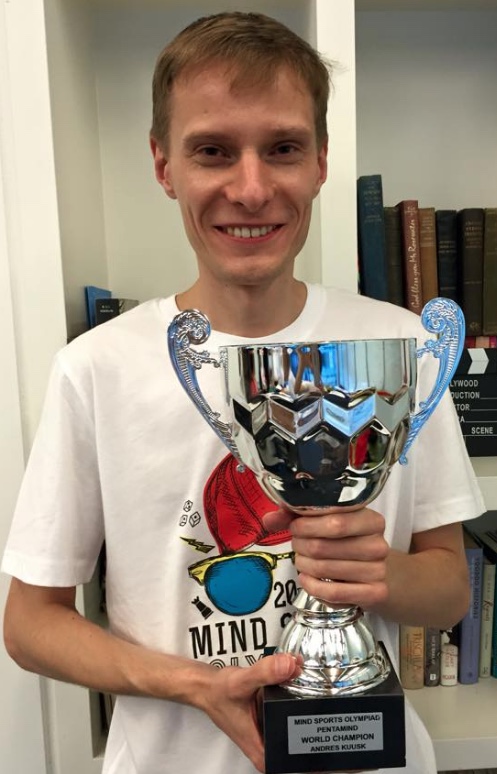 Congratulations to Andres Kuusk for winning the Pentamind World Championship. Andres was trailing behind Ankush Khandelwal with 24 hours left in the tournament, but was able to win the Texas Hold’em tournament to retake the lead and finish with a Pentamind score of 462.35pts followed closely by Ankush’s 456.38pts and last year’s champion James Heppell’s 452.22pts. This is the fourth time that Andres has won the Pentamind!