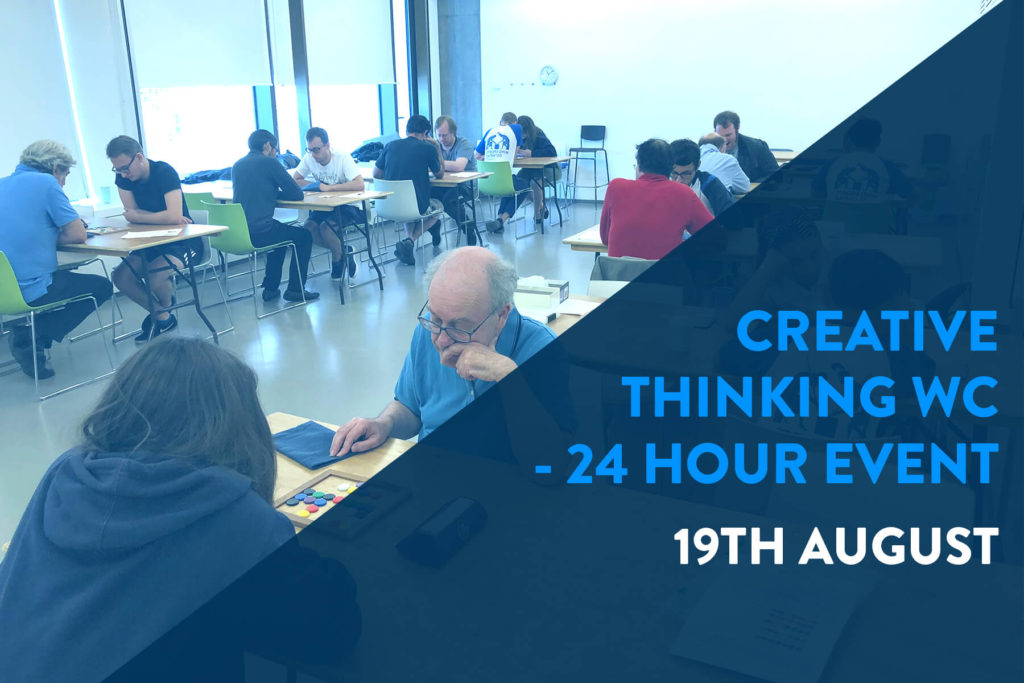 Many thanks to all who participated and entered into the spirit of this event. Your responses ranged from zany to brilliant and were often both. Particular thanks to The Sense Network (thesensenetwork.com) for their sponsorship of this year’s event and for their enlightened recognition of “creatives, outliers, misfits, rebels, and the crazy ones” as they put it, which I think covers all of us.

Round One: I asked for ideas for recycling all the measures we have accumulated for combating Covid.

Naturally face masks featured prominently among replies, with at least half-a-dozen entrants pointing out how two face masks can be made into a bra with Dario de Toffoli even providing a photograph to illustrate how it is done. Other great ideas included headscarfs for jellyfish (Nathan Fields), hammocks for puppies and kittens (Jennifer Gosling),elbow or knee protectors (several entrants), diapers (nappies) for babies (Haasung Lee), holder or storage for mobile phone (several entrants).

Two-metre socially distancing poles or markers also produced many ideas for recycling including using them to check the height of basketball players (Martyn Hamer), to make a xylophone (Sathya Vaidyanathan) or windmill (Stu Chev).

Highest marks for the best overall response in this round were earned by Gerard Darby for recycling everything from facemasks (to hide double chins or to be used as mini-trampolines for gerbils) to Test and Trace Callers (who can be redeployed phoning people of diets or exercise regimes to discourage lapses in their regime) and Vaccine Conspiracy Theorists (redeployed producing Russian fake news). He also included recycling of redundant words such as Coronavirus by giving them to Scrabble players. As more than one of you pointed out ‘coronavirus’ is an anagram of ‘carnivorous’.

I thought the greatest creativity was shown in the design of multi-tools for specific groups or professions. These included Rob Streeting’s Self-Defence Against Muggers tool which included pepper spray, a variety of alarms  and blunt spikes protruding between the fingers. Other groups honoured with a specific tool included babies (More Than Mook), cosmetics lovers, including brush, lipstick, eyelash extender, nailfile etc (Stu Chev), Bigots and Haters, including a space bar remover to turn their abusive rants into meaningless gibberish (Josh Mann), toilet-users, including tissue, perfume and emergency signal (Haasung Lee), a Liquid Multitool, with deodorant, espresso, air freshener and tequila (Seshan Malhotra), specific tools for young people (including a wifi aerial and a blunt knife for vegan food) and old people (including tracking device for keys and glasses and a hook to retrieve and squeeze teabags) (Gerard Darby), a French Army Knife (including a white surrender flag with three spares), an NHS Knife (with blades to cut costs and waiting lists and a Boris Knife (to cut his hair), all from Jeremy Brown.

I gave the highest mark this round to Martyn Hamer for his selection of tools for Hackers, the Prime Minister and the MSO. His Hacker’s knife includes all the usual wifi devices plus a list of passwords. The PM’s knife includes, among other items, a stick to point to whoever is designated to take the blame, a UK flag ready for any impromptu interview and a keyring with adjustable letters to spell out whatever this week’s message may be. The MSO knife includes matchsticks to keep the eyes open.

Round Three: The idea was that archaeologists 1,000 years hence know nothing of our 21st century civilization other than the English language and a list of the titles of the first five James Bond films.

A few entrants fell into the trap of deciding that the archaeologists knew about James Bond, or indeed films. Many entrants came up with ingenious explanations of various titles with several suggesting that Dr No was an indictment of our rejection of science. Attempts to unify the five titles varied in their success. Dario de Toffoli saw them as an inventory of deities, ranging from Dr No, the head of the Gods, to You Only Live Twice as the God of the Underworld. Russia, of course, was the goddess of love. More than one entrant thought Dr No was a misprint or misspelling of Dr Who, particularly Samuel Fishman who had already used face masks in round one to knit into a scarf for Tom Baker to resume his Dr Who role. Marco Conte thought all five items were medical-related ranging from Dr No as an essay to overcome fear of doctors, From Russia With Love a reference to an old belief that vodka enhances sexual performance, Goldfinger was a reminder of the importance of prostate exams, Thunderball was a cough cure and You Only Live Twice a technical essay on cardiac resuscitation.

I gave the highest marks, however, to Seshan Malhotra for his ingenious explanation seeing them as a set of instructions for World War 2 assassins: Dr No was seen as an instruction not to try to kill the target near a hospital; while the other titles were anagrams of “Woo Fuhrer via Miss L.T.”, “Go fend girl”, “Hurdle: nab L.T., and Nicely evil, you two”. These clearly instruct the assassins first to use the services of Miss L.T. to gain the Fuhrer’s trust, then to rescue her when things go wrong, then to seize her when she is exposed as a double-agent, and ending with congratulations on a job well done.

Round Four: An alien five-year plan to cure the Earth’s problems.

Many of you were swayed by the seriousness of our problems to produce a realistic analysis and proposals, but such an approach, I feel, lacked a proper alien perspective. I was rather surprised that so many of you left the Earth under the control of humans, who seem to have made such a mess of it. Lorie Church’s aliens, however, told the humans that if they didn’t solve our problems in five years, the planet would be handed over to the dolphins. Rogue Interrobang also envisaged leaving dolphins in charge, but leaving fresh water to the beavers, whose dams would also help prevent pollution. Meanwhile, the aliens introduce plastic-eating bacteria into our yogurt which enables us to obtain energy by eating plastic.

Eeshan Malhotra had a less extreme version of a five-year deadline than that proposed by Lorie Church: again we have five years to put things right, but the aliens have little faith that we’ll do it in that time and say that they’ll use time-travel to go back five years when we fail and we can try again to do it properly. Grace Song’s aliens, however, gave us five years to evacuate to another planet, then they’ll use a time machine to move Earth back 10,000 years.

In this round, Silvio di Fabio produced the most poetic line of all entries: after his aliens had helped us clean up the Earth, skies and seas and eliminate waste, they exhort: “May the smoke of indifference disappear from your hearts”. But this is a Creativity competition, so I gave the highest marks to Rogue Interrobangs beaver/dolphin/yogurt combination.

Thank you all for your efforts and many congratulations at coming up with such splendid ideas.