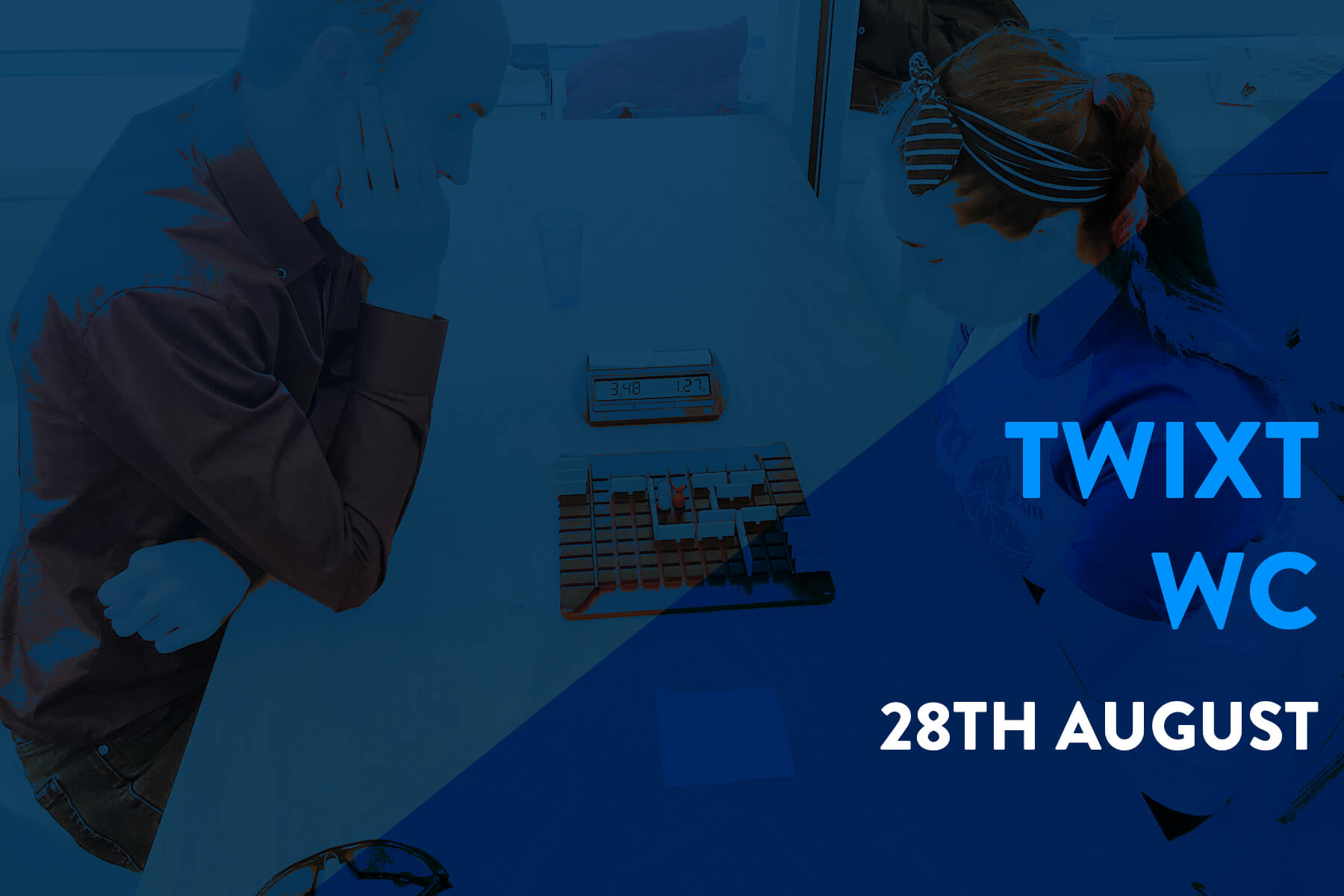 In each game the start player will place their first piece wherever they like, and then the second player gets to choose which colour they wish to be (they can choose the colour that the first player placed). Twixt is a two-player strategy board game invented by Alex Randolph. The players take turns placing pegs of their respective colours on the board, one peg per turn. The player with the lighter colour makes the first move. A player may not place a peg on their opponent’s border rows. To counteract first-move advantage, the pie rule is suggested. After the first peg is placed, the second player has the option to swap sides. This is typically indicated by turning the pieces box end for end, or swapping boxes if they are separate. After placing a peg, you may link one or more pairs of pegs on the board which are all your own colour. The links can only go between two pegs a knight’s move away from each other, and cannot cross another link; they block other links, most importantly the opponent’s. As part of your move, you may remove your own links (but not your opponent’s) in order to rearrange the sequence of links on the board. The object is to make a continuous chain of linked pegs connecting your border rows. If neither side can achieve this, the game is a draw.

Tournament Link – To be confirmed