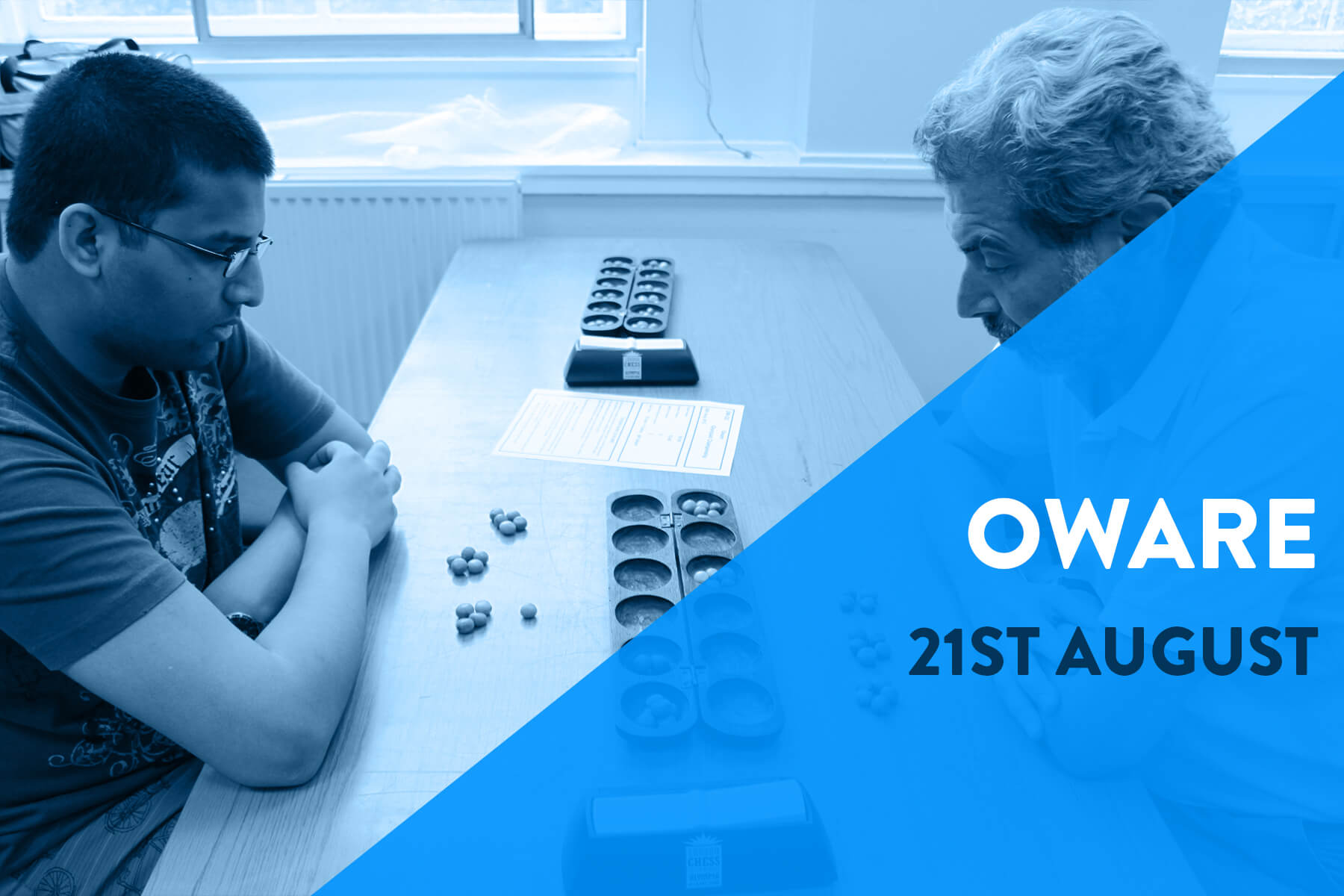 Oware is an abstract strategy game among the bigger Mancala family of board games (or Pit and Pebbles Games) played all over the world with slight variations across different societies with regard to distribution area, number of players and strategy of play. It is played throughout West Africa and the Caribbean. Among its many names are Ayò (Yoruba), Awalé (Côte d’Ivoire), Wari (Mali), Ouri, Ouril or Uril (Cape Verde), Warri (Caribbean), Wali (Dagbani), Adji (Ewe), Nchọ (Igbo) and Awélé (Ga). A common name in English is Awari but one of the earliest Western scholars to study the game, R.S. Rattray, used the name Wari.

The game starts with 4 seeds in each house. The object of the game is to capture more seeds than one’s opponent. Since the game has only 48 seeds, capturing 25 is sufficient to accomplish this. Since there is an even number of seeds, it is possible for the game to end in a draw, where each player has captured 24.

Grand Slam captures are not allowed. A move that would result in a grand slam instead results in no capture.

How to take part…
1. Create an account on PlayOK.com
2. Register for the Oware Tournament with the MSO and then on playok.com where all the pairings will be run automatically.
3. Join our Discord (discord.gg/mRhtB4M) for Tournament Organisation, live pairings and questions.
4. From 3:15 pm BST (or GMT+1) on 21st August, register to PLAY for the MSO Oware Tournament at www.playok.com/en/oware/ and ensure you are entered before the 3:30pm deadline. We highly recommend that you familiarize yourself with playok’s tournament platform beforehand.