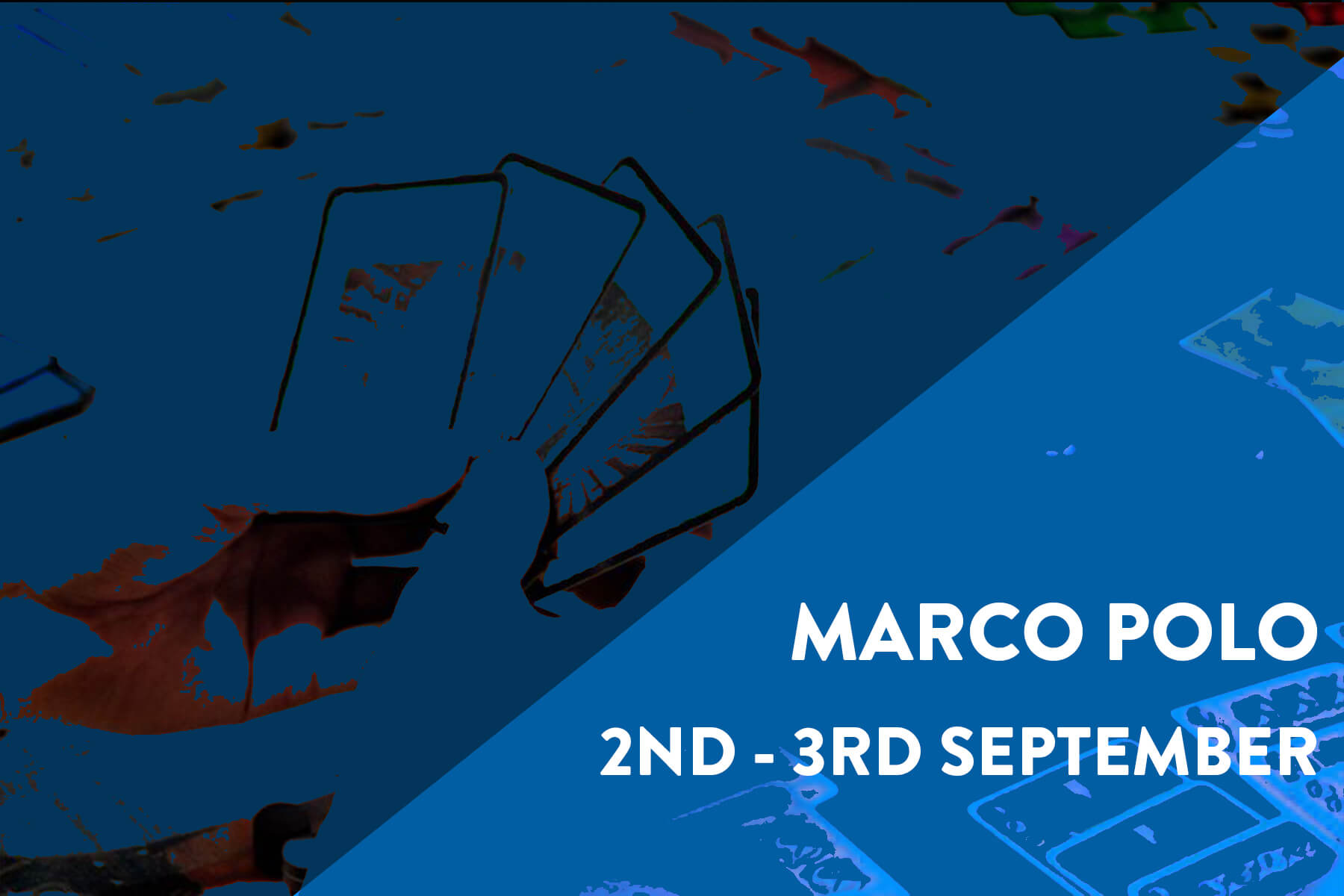 In 1271, 17-year-old Marco Polo started on a journey to China with his father and older brother. After a long and grueling journey that led through Jerusalem and Mesopotamia and over the “Silk Road”, they reached the court of Kublai Khan in 1275.

In The Voyages of Marco Polo, players recreate this journey, with each player having a different character from history with a special power in the game. The game is played over five rounds. Each round, the players roll their five personal dice and can perform one action each turn with them. Each action requires the use of one or more dice, and can be collecting resources or money, acquiring contracts or traveling on the board. When traveling, each player begins at Venice and can decide between several routes eastward, all the way to Beijing. When a player stops at a city, they place a trading post there, giving them access to extra actions or resources for the rest of the game. The higher the value of the dice used for an action, the better the options that may be chosen, but also the more money the player must pay if an opponent has already chosen the same action.