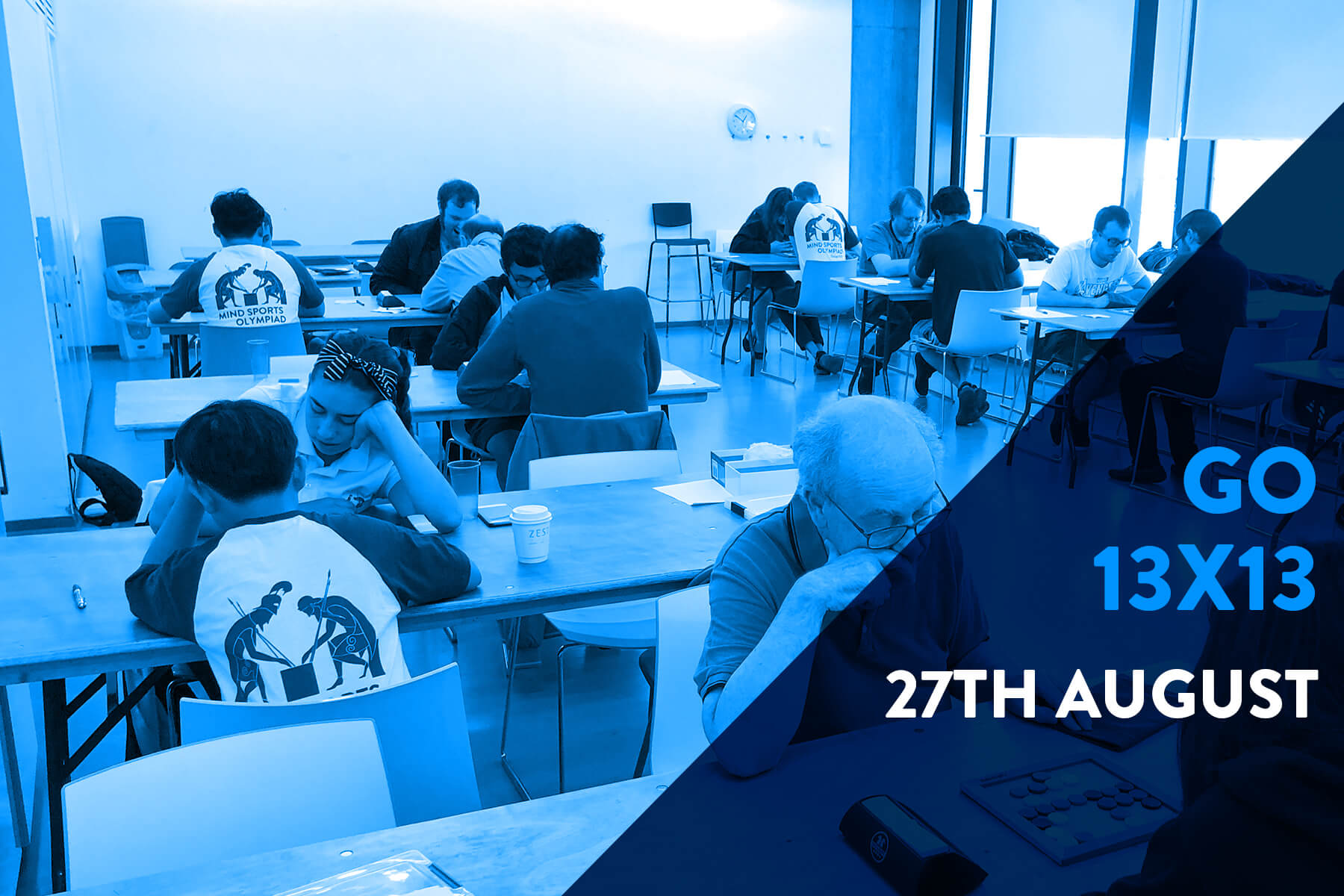 AGA rules apply with Komi of 5.5. The event will be played in OGS group Mind Sports Olympiad and not using the OGS tournament system. Pairings will be posted elsewhere at the commencement of the event.