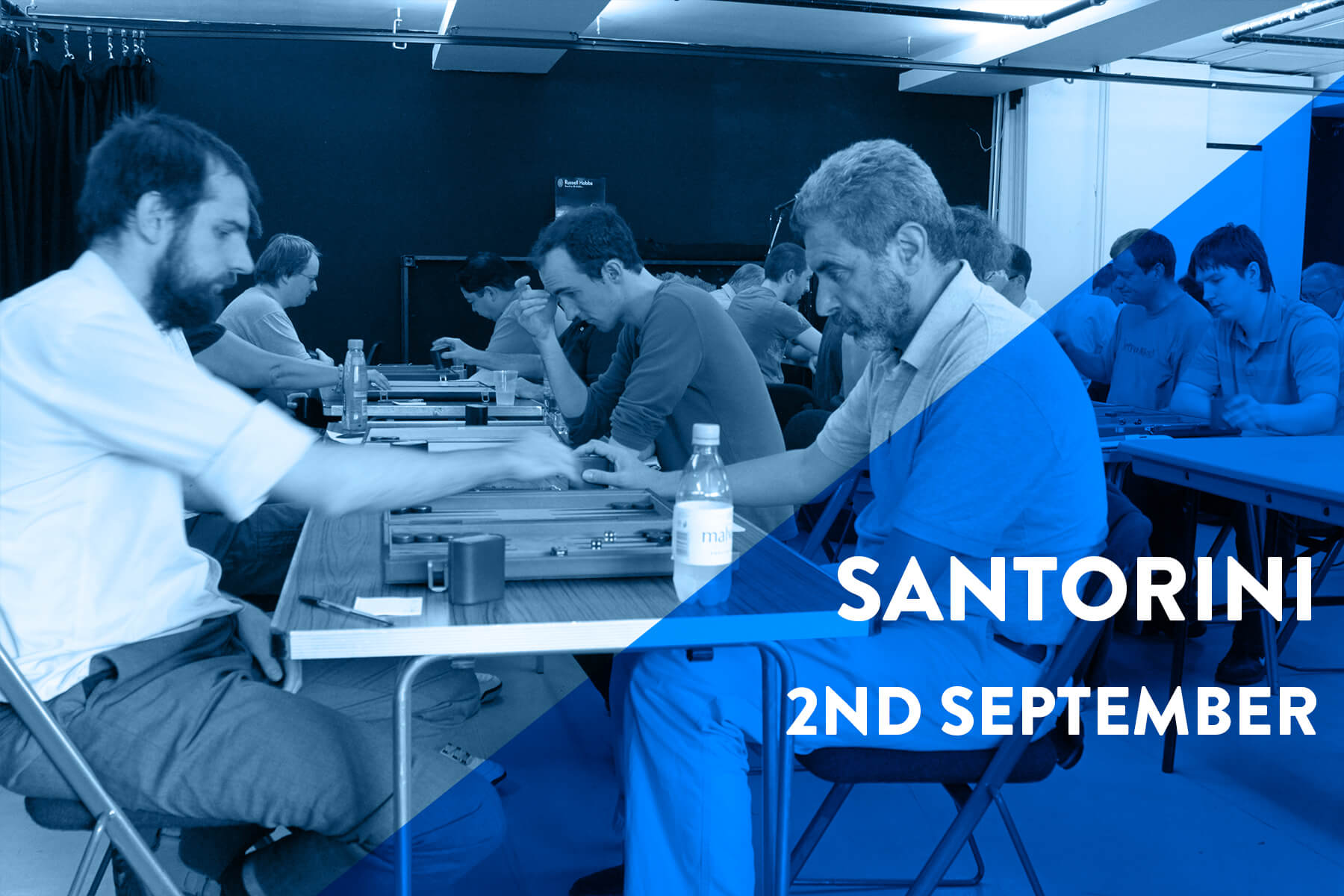 Santorini is a re-imagining of the purely abstract 2004 edition. Since its original inception over 30 years ago, Santorini has been continually developed, enhanced and refined by designer Gordon Hamilton. Santorini is an accessible strategy game, simple enough for an elementary school classroom while aiming to provide gameplay depth and content for hardcore gamers to explore, The rules are simple. Each turn consists of 2 steps:

1. Move – move one of your builders into a neighboring space. You may move your Builder Pawn on the same level, step-up one level, or step down any number of levels.
2. Build – Then construct a building level adjacent to the builder you moved. When building on top of the third level, place a dome instead, removing that space from play.