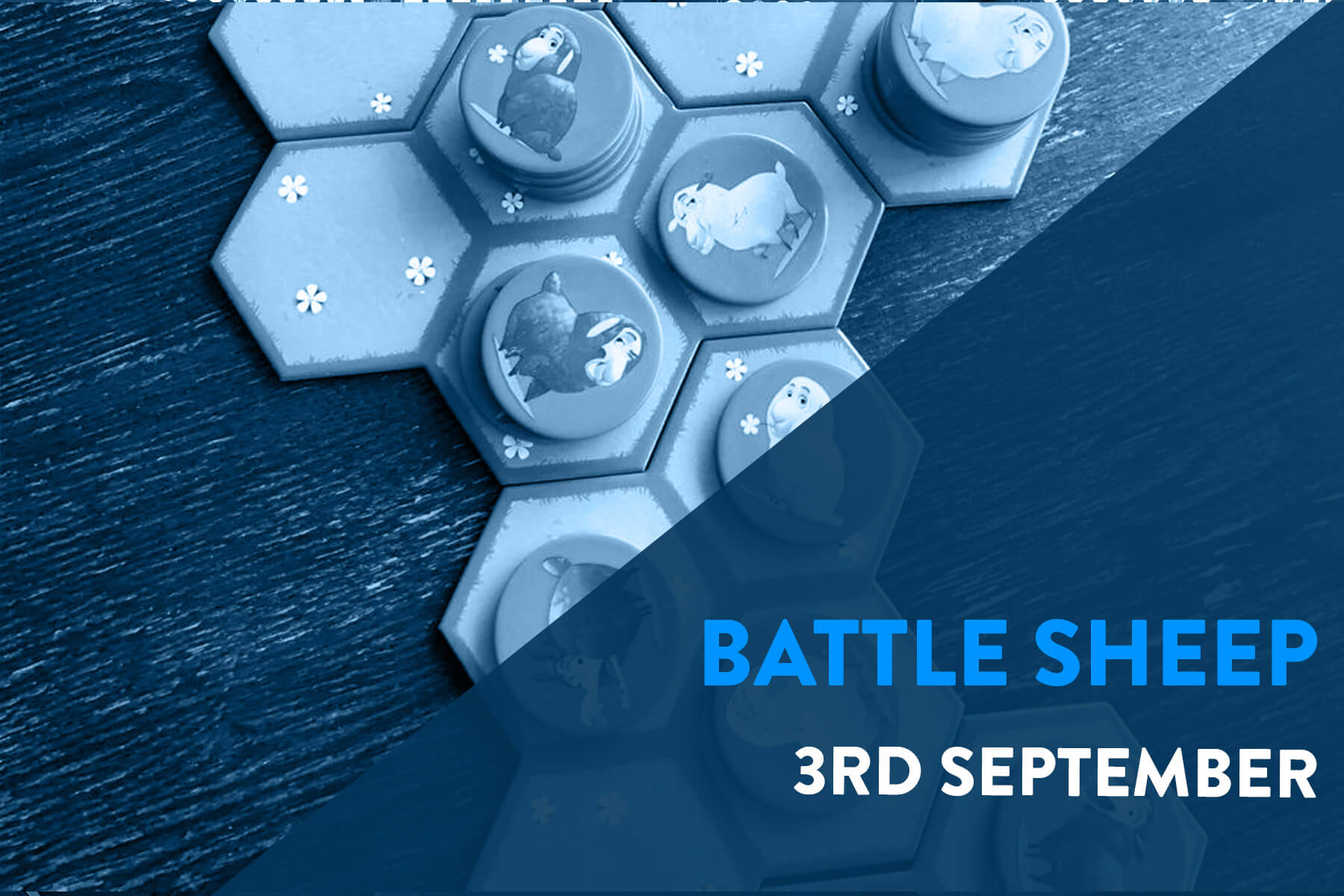 In Battle Sheep (first released as Splits), players start the game by constructing the board from identical four-hex tiles, then each player places his/her tall stack of discs on one of the border hexes. Players take turns removing some number of discs from the top of one of their stacks, moving that new stack of discs as far away as it can go in a straight line. Players must leave at least one disc behind when moving, so the board gradually fills up and movement opportunities become more and more scarce. The player occupying the most spaces at the end of the game wins!

This tournament will be played with games on BoardGameArena but the tournament itself will be organised using Discord. This allows us to play games as double-rounds (a match is two games with each player going first once) to even out the significant first players advantage.

Please join the MSO Discord at least 15 minutes prior to the start of the tournament and await further direction.