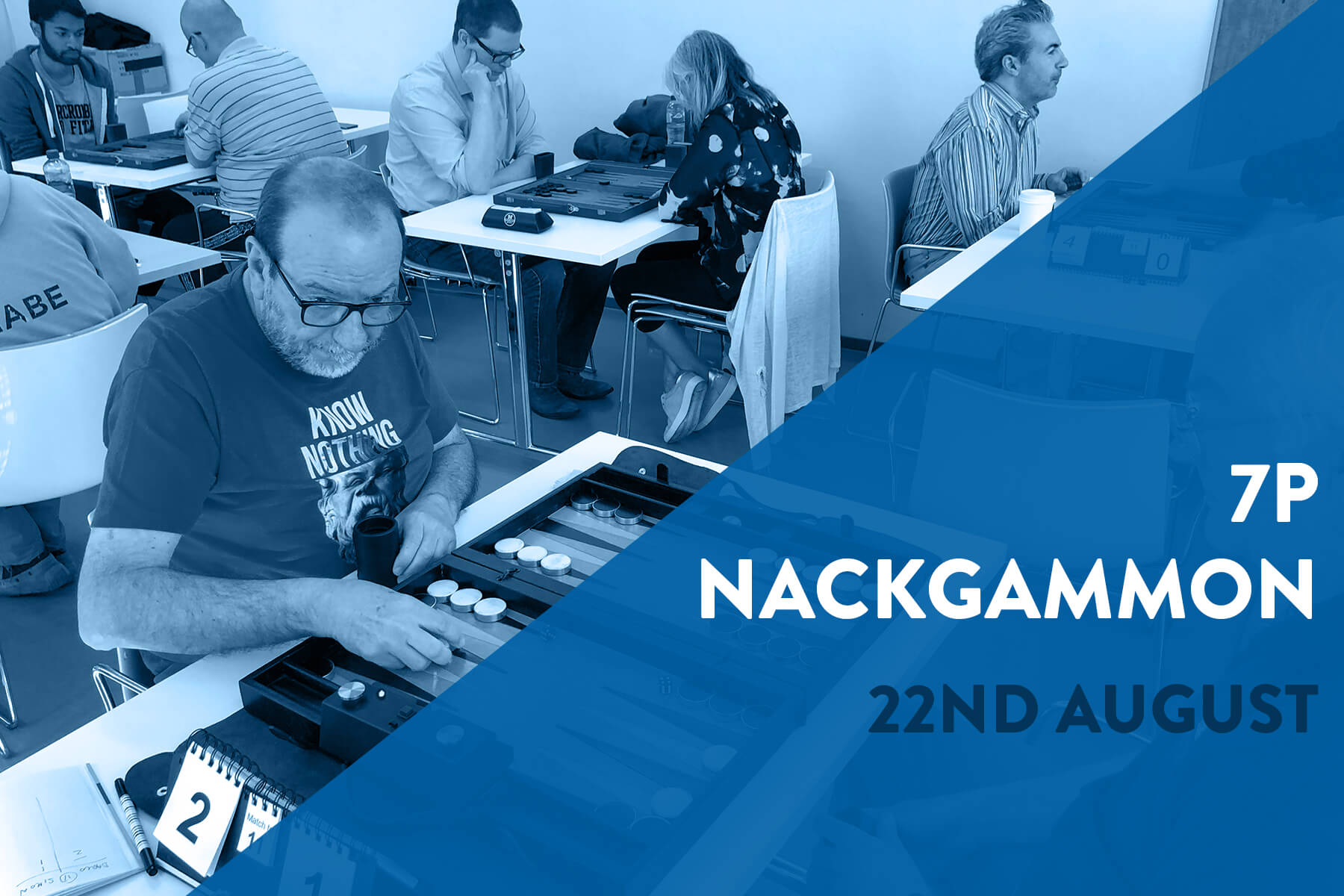 Please note that this is for Nackgammon–rather than Standard Backgammon! Single elimination (knockout tournament) where the winner of each round is the first to win 7 points (a doubling die is used). Bronstein timing – 7 mins per player + 8 secs per move. Crawford rule is used, however Jacoby Rule, Beavers and Automatic Doubling are not used. See rules for NACKGAMMON below. All games will be played on BG Studio Heroes 3 – HTTPS://HEROES3.BACKGAMMONSTUDIO.COM/ – note that the URL is slightly different to the normal Heroes web server.

Please provide your BG Studio Heroes username when registering. Please ensure that you have played at least 5 practice games on BG Studio Heroes to be familiar with the platform and eligible to participate.

You will need to register for the tournament in BG Studio Heroes as well. Tournaments will be added a few hours before the event starts. To find the event go to Heroes and select Tournaments, then in the section below select “Open”. You will then find a list of open tournaments, one of which will say MSO and the date/time – e.g. “MSO 7pt Nack 22.August 3:30pm”. You can then select that and register.